Ziplining has been around for quite some time, and many people are brave enough to take on the daring challenge to do such an adrenaline rushing activity. In the earlier times of Ancient China, zip wires as they called them, were used in the Nujiang Valley of Yunnan Province. This area offers mountains, rivers, and valleys. Since they did not have all the equipment we have in modern times, it was hard to cross the rivers safely. Zip wires were the answer to safely crossing the rivers instead of swimming and using ferry rides. To this day, some of the original lines remain and are being replaced with modern day ziplines.

Zipline attractions are open in many different parts of the world, which means you are bound to see a different source of scenery wherever you go. In modern times, most people zipline for the excitement and fun experience. Here are some surprising facts you might not have known about ziplining:

With an aerial view from up above and life-changing fun, take the chance and zipline today at Zipquest. Learn more at www.zipquest.com. Until next time. Happy Zipping!

Previous reading
Team Building Fun At ZipQuest
Next reading
Why zip in the rain?

Took my son for a day adventure. Nae Nae and Austin were the ideal tour guides.. They made it fun, humorous and educational. This was my first zip. I will be returning for another adventure.

Had tour guides Shawn and Brando, they both were great made little jokes and knew what they were doing. The views were pretty and the 8 zip lines were a blast. I would highly recommend going!

Just returned from an awesome zip adventure. Levi and Kayleigh were the wonderful guides. They made,the adventure safe, fun and educational.

We had a blast! Our guides Kaleigh and Chey were so great and we loved the whole experience! We would totally recommend it to anyone looking for something fun to do near Fort Bragg.

the two guides really made for a fun way to spend the afternoon,jokes mixed with a few bits of knowledge regarding the type of trees the platforms are incorporated into. Not to leave out the helpful young lady at the front desk. Highly recomend the full tour the best lines are at the second half worth the added cost.

It was great and the scenery was beautiful. I encourage everyone to go. Fayetteville NC is the place to go Zip lining. 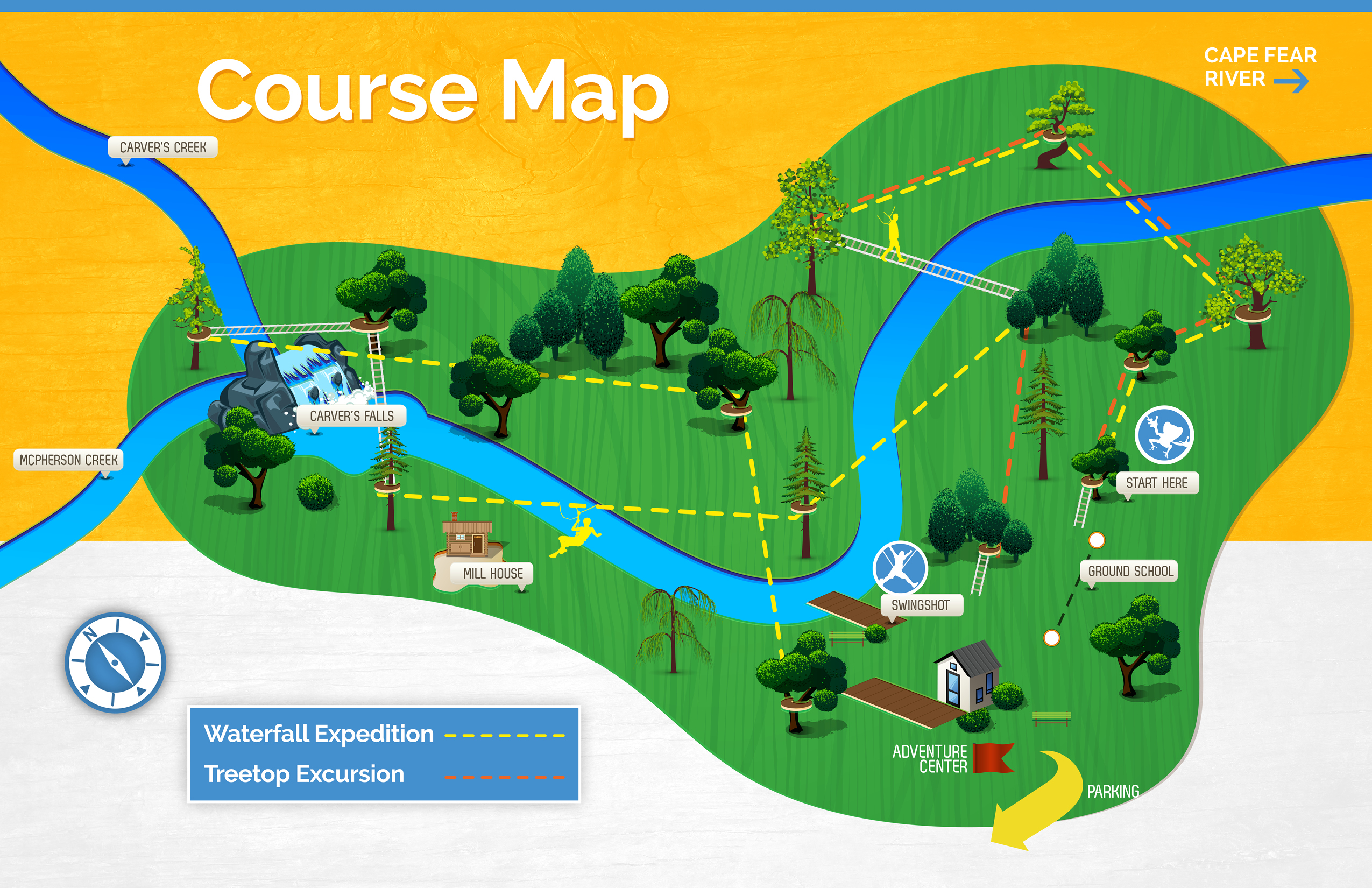